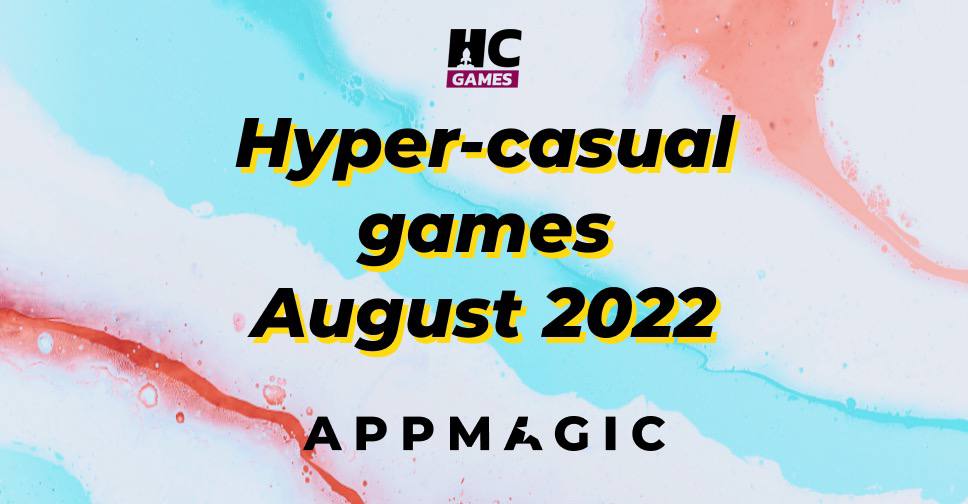 HC.Games and AppMagic present an overview of the hyper-causal games market for August 2022. This time three projects from Supersonic Studio and two from Crazy Labs are in the top 10, and the number of installations of games from the top exceeded the 70 million mark.

It opened the top and respectively took first place game Snow Race!!! from GOODROID, Inc. The game aims to sculpt snowballs and overcome obstacles faster than other users. It is not surprising that the game takes first place in the ranking because it is so hot in summer, and you want to bring back the winter to cool down.

Bridge Race is a project of Supersonic studio. The game hits the top, not for the first time! This is a runner, where the gamer collects blocks, which are then used to build steps. The game’s goal is to reach the end of the level before other users.

A racing game from the SayGames Ltd studio. Various obstacles and unexpected levels will test the stamina and reaction of players. Do not let your opponents’ cars close. Otherwise, you will have to swallow the dust.

Snake Lite from the studio Hippo Lab. A fun and exciting game from the «io» genre, where the gamer controls a snake and, to grow, eats the food that appears in the arena. The game provides an arena in which only one snake will remain. Download and test your strength; perhaps you are the lord of snakes!

This is a game from CrazyLabs studio. Dessert DIY is a paradise for sweet lovers and those interested in trying their hand at confectionery. The creators have taken care of many kinds of icing, sprinkles, cakes and ice cream so that the game will suit even the most sophisticated candy lover.

Become a makeup artist and come up with the perfect eye makeup. Pick colours and select shades to create your eyeshadow palette. Set the tone in the fashion world with Makeup Kit — Color Mixing from CrazyLabs.

Another game from Supersonic studio. Going Balls is a platformer in which the player controls a rolling ball. Unexpected obstacles, gradually increasing difficulty levels, and personal customization makes the game attractive to many gamers.

Tall man Run is the third top game from Supersonic Studios. It is a variation of the runner, in which the user’s goal is to lead the tallest and fattest character to the finish line.

Crowd Evolution was released by Rollic Games studio. The game is a render with puzzle elements, in which the gamer controls the crowd, increases its number and defeats enemies.

Another snake game in this top. Snake.io, from the studio Kooapps Games, combines the classic game mechanics of such games and updated visuals. Climb the leaderboard and challenge your friends and unfamiliar opponents.