How to lower the CPI 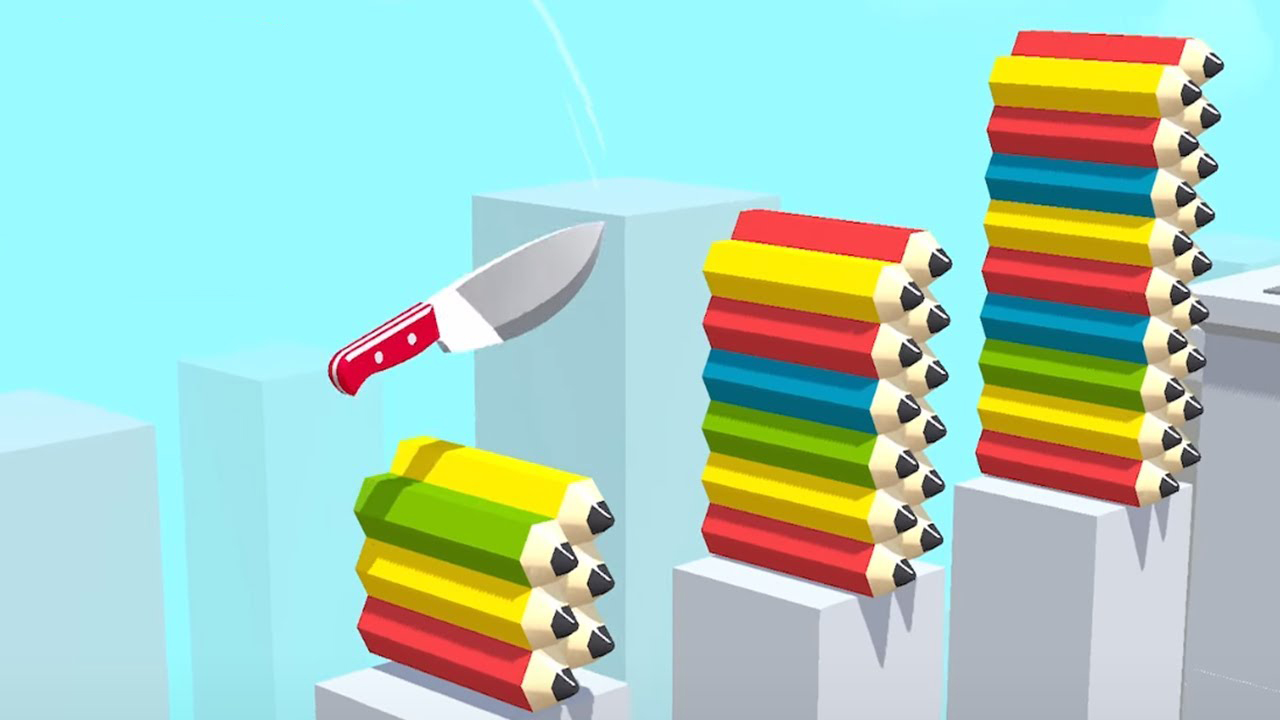 Slice It All! is a new hit game from the Serbian studio Tummy Games. The game reached #1 on the iOS charts in 35 countries worldwide, including the United States, just a few weeks after its release. In this article, Voodoo shares a success story and some important tips for lowering your CPI.

Tummy Games teamed up with Voodoo over two years ago for their second hit game together! One of the leading innovative techniques is “change the tool, keep the rules,” and they managed to bring this to life by combining the niche hyper-casual mechanics with the current trend on social media. Let’s figure out how Slice It All! has gone from being a prototype to a global hit, including the process of generating ideas, ways to modernize existing hyper-casual mechanics, and five top tips for lowering CPI for runners.

Slice It All !! is a reasonably simple runner game. Your main goal is to deliver the knife from point A to point B without falling off the platform. Your second goal is to overcome as many obstacles as possible, collecting points and coins along the way. The game applies touch mechanics at just the right time to get you moving the knife and includes an ASMR slicing feel to maximize player satisfaction. Those of you who have already played it know that this is a skill-based runner. It takes some time to master this mechanic, which adds a balance between satisfaction and disappointment, especially when you start getting familiar with the gameplay and mechanics!

Slice It All Can Be Broken! into two key components: first, the touch mechanics, and second, the ASMR/slicing feel. Since their first hit game with Voodoo, Tummy Games has regularly contacted the publishing team, engaging in brainstorming sessions and coaching calls. One of the publishers recently did extensive research on old hyper-casual hits.

They realized that the hyper-casual classic Flappy Dunk, released in 2017 in collaboration with studio Acid Cousins, still had impressive D7 scores of around 20% despite the years passed. This has to do with time-lapse tapping mechanics, which have proven they are worth in the hyper-casual realm, while complicated to learn. The teams decided to apply the recommendation “change instrument, follow the rules”. The next question for Tummy Games was how to take this successful mechanic and modernize it for a modern audience.

In search of inspiration, they naturally looked at current trends on social media and the Internet. They watched videos of cutting iron on Youtube and noticed the potential for virality, thanks to these videos’ pleasurable feel. They were linking this to the ASMR/slicing trend already pervasive on social media platforms like TikTok. The team decided to combine the touch mechanic with the slicing theme. The combination of these two elements was a great example of innovation in the hyper-casual space. From the very first build, the game showed the promising performance that every studio hopes for.

In the first version, the team tried to simplify the task as much as possible, focusing on combining the basic mechanics of pressing with slicing in a certain period. Slice It All! applied the same concept as Flappy Dunk, but Tummy made the gameplay more superficial and satisfying for modern players. The gameplay they tested was simple, and the team added randomly generated levels. In runners, you don’t need to add many elements to get a fully functional version of the game. The game reached 27 cents CPI, 43% D1 and an average playtime of 14 minutes.

Slice It All! early results showed super-promising metrics, and the Voodoo and Tummy Games teams were confident that the core gameplay was strong enough to be a hit. However, they agreed that they could take another step towards lowering CPI to increase the game’s scaling potential. They brainstormed from previous experiences and came up with some simple yet highly effective settings. Thanks to these simple changes, the CPI dropped from 27 cents to 22 cents, and the final test to 18 cents, giving them ideal metrics for launching and scaling the game.

With that experience in mind, here are five top tips from Voodoo and Tummy Games to keep in mind when testing your CPI:

1. Focus on clarity of the gameplay.

The first thing Tummy Games did was to remove all unnecessary elements such as background noise. To improve the clarity of the gameplay, they also changed the knife, which is the centrepiece of the game, by increasing its size and changing the colour. These edits helped him to stand out as much as possible for the player. When it comes to gameplay clarity, the goal is for any player of any age to understand what they should be doing within seconds.

To emphasize the sense of gameplay in the ad, the company also tested multiple winning and losing runs in the game, comparing the results to determine which one generated the most engagement. The feel you want to present in your videos will depend on your gameplay, so it’s essential to determine which one works best for you. For Slice It All! While the overall game was super satisfying, the most engaging demo with the losing streak was!

3. Make the action in the game more engaging.

A quick fix that made the game more visually appealing was to highlight the cut obstacles. For example, they added fruit to make the slices juicier and make the colour brighter when slicing particular objects. Both changes helped improve player satisfaction with every piece. Creating more engaging assets can inspire you with elements that have worked well in previous prototypes or other games on the market when it comes to creating more engaging assets.

4. Find the most interesting in your game.

You can use the CPI test to try out different points at your level that highlight other elements or benefits of the gameplay. The results will give you a better understanding of what exactly grabs the player’s attention. Once you find the magic ingredient, your creatives will take off.

Huge congratulations to Tummy Games and Voodoo on this achievement!