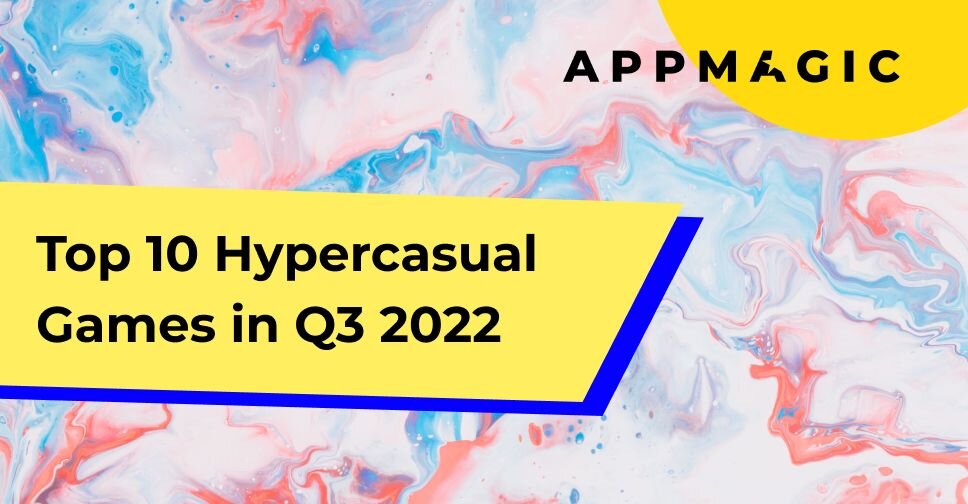 Appmagic reviewed the hyper-casual mobile games market and named the top 10 most downloaded games for the third quarter of 2022.

The total number of downloads for July, August and September reached 4 billion, down 10% from the previous quarter. Comparing the numbers to last year, it’s safe to say that 2022’s results will overtake 2021’s. The growth is small, 5-7%, and will be mainly in developing countries. In developed countries, Appmagic sees a decline in annual performance.

Now let’s take a closer look at the games that made the top 10 most downloaded in the third quarter of 2022.

Dessert DIY and Fill The Fridge entered the top in the second quarter of 2022 and are still holding their own. We won’t dwell on them, however, as the hyper-casual games that came out more than six months ago are considered «old-timers» of the genre. One can only wonder at the stability of such games on the top charts.

The first one that attracted attention was Snow Race!!. The game was released two months ago and gathered 34.4 million downloads. Snow Race looks like something between Bridge Race and Snowball.io. The mechanics are very similar to Bridge Race: the player builds a bridge, deals damage to opponents and avoids hits.

However, if in Bridge Race the gamer collected blocks of the same colour as the bridge, in Snow Race, the player rolls and increases the snowball, which becomes the basis of construction. This is not the first time developers have combined several mechanics from other hit games into one to create a new game.

The next game is Snake Lite, which has already reached 33.4 million installs. The game looks like a clone of Warm Zone.io, and no matter how much Appmagic investigated the reason for its success, it couldn’t find anything special. Sometimes such cases in the hyper-casual segment of the market remain a mystery.

Another third-quarter chart leader and another hit from Azur Games is Hair Tattoo: Barber Shop Game. After breaking the chart in July with half a million daily downloads, the game has now racked up 26 million installs. Hair Tattoo: Barber Shop Game is a game inspired by trending TikTok videos. No wonder videos of men’s haircuts have become so popular, as an entire trend called «TikTok boy hair» has now formed.

And last but not least, Dream Wedding, with 24 million installations. Another member of the top Appmagic chart. The game attracts users with advertising creativity, which is of the misleading type. Project Makeover and Run Rich 3D also used this solution.

Conclusion. This is far from the first time game developers are juggling and mixing mechanics borrowed from successful games and looking for inspiration in the latest social media trends. Curiously, misleading creatives are also being used for hyper-casual games, but this trend isn’t that new in this market segment either.