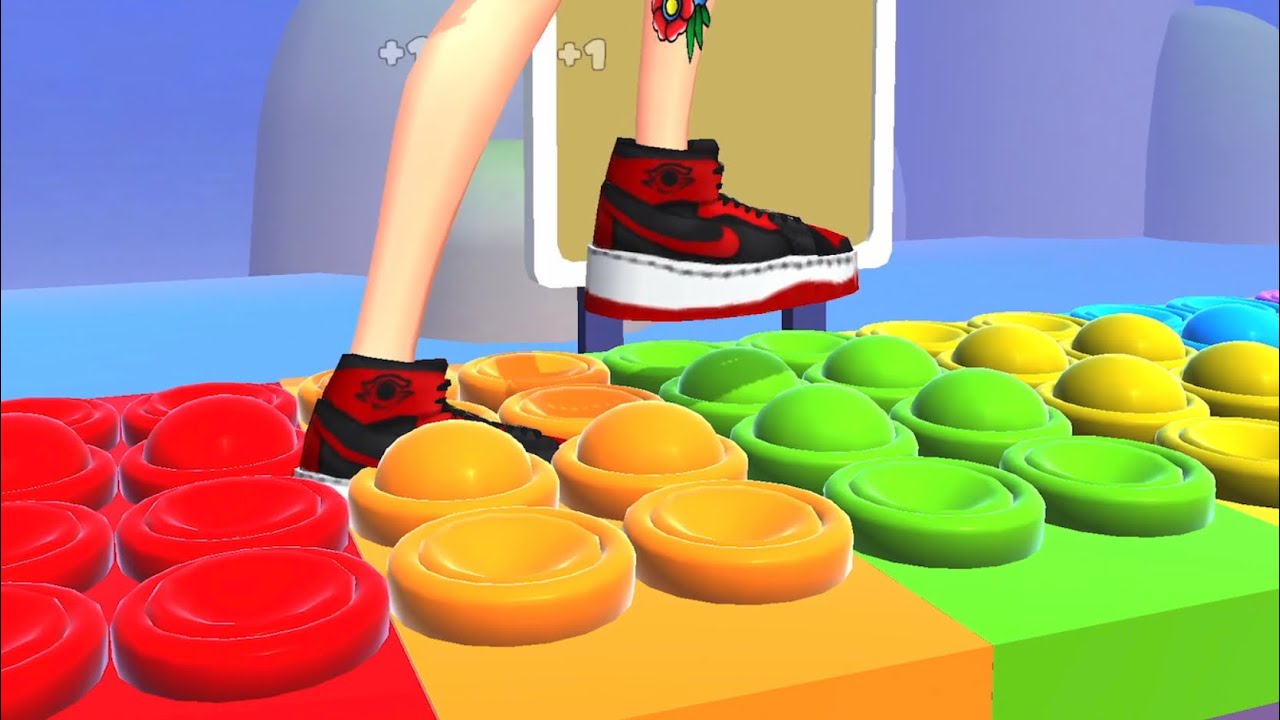 Tippy Toe was released in July 2021 and did not immediately grab the attention of fans. Testing new mechanics and polishing the final version required additional effort and time from TapNation.

At launch, Tippy Toe suffered from low rewards per user and an unbalanced in-game economy. The game also lacked bonus levels. So over two months of iterations, TapNation made changes to maximize monetization:

These new features increased LTV by 80%, which shows the importance of continuing ideas and iterations even after release.

Tippy Toe is a hyper-casual game in which the player steps on burgers, pastries, and toothpaste, earns points, and enjoys ASMR sound effects. Along the way, the gamer accesses bonus levels, makes money to customize a character and travels to different parts of the world.

The inspiration for Tippy Toe came from Wheel Smash, another ASMR-based game in which players step on objects with a giant tire. What makes Tippy Toe different is its intuitive and enjoyable control system: players hold their finger on a particular area of the screen to raise the character’s foot and then release it to have the character step on an object. The “hold and release” mechanic makes for a delightful gameplay experience combined with sound effects.

The product’s first production run lasted ten days, and testing brought in 0.40 cents of CPI on Facebook and 0.20 cents on TikTok.

The TapNation team improved the game’s performance by testing which objects players like to step on. For whatever reason, people prioritized food, cans, insects and sandcastles. These objects alone increased playtime and further lowered CPI. At launch, Tippy Toe held a D1 40% and was one of the top 70 hyper-casual games in the United States.

The game doesn’t always succeed immediately after launch. But with the proper work, the right plan, and iterations, you can always make a game rise to the top, and Tippy Toe is an excellent example of that.