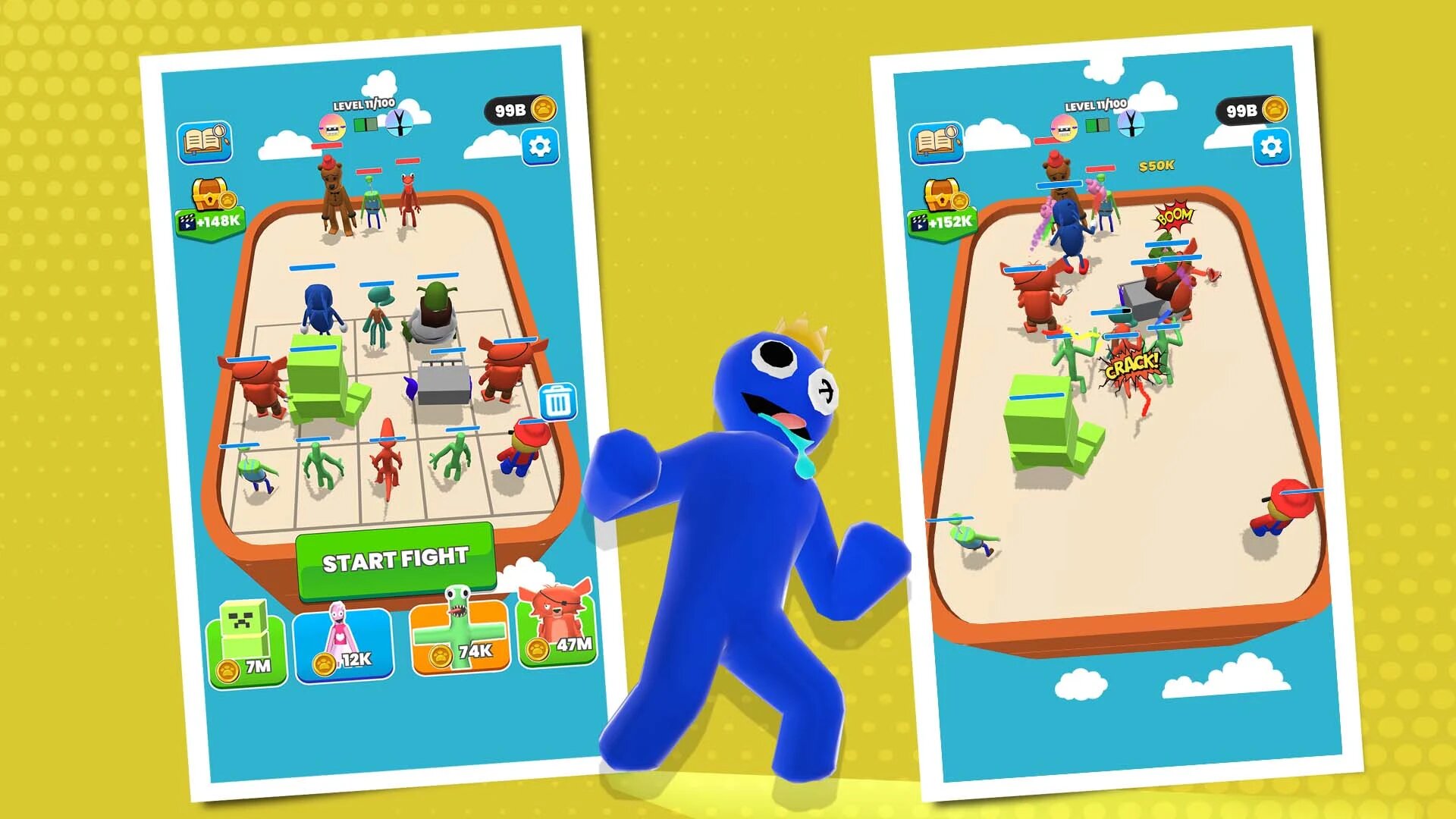 In the last few weeks, TapNation has noticed that games that climb the charts use colourful cartoon characters that look like Poppy Playtime characters. In this article, let’s examine who these characters are and where they came from in the first place.

It used the famous «merge» mechanic, where the gamer combines items to advance through a level, improve combat skills and defeat enemies. The developers added colourful and cartoonish characters to the game.

Soon competitors also took advantage of this feature of colourful characters and followed the path to the top of the charts. By showcasing identical characters, the studios created a new hyper-casual style trend.

Side note: TapNation tips: How to get a game to the top of the charts.

The origin of the trend

Given such games’ worldwide success and virality, it seems like a working formula for the market today.

In Rainbow Friends, the gamer takes the role of a child kidnapped during a school field trip to an amusement park called «Odd World». From the moment he is kidnapped, the player lives for five nights in a strange, empty place. Each night consists of different tasks and challenges the user performs. The most important thing is to avoid four colourful monsters with different abilities.

In the game, the gamer will meet such characters:

As the game became more popular, the creators shared videos of these characters on various social media platforms.

This strategy is nothing new, as it is a usual trick among publishers and studios to use social trends to improve game performance.

Hyper-casual games are aimed at a broad audience, as for every smartphone, the owner is a potential player, which means that such games present a general theme everyone likes. This is what Rainbow Friends offers — a worldwide trend that everyone will understand and appreciate.

Without a doubt, Rainbow Friends is the newest trend on the market, which meets the requirements of a hyper-casual approach. However, some questions remain unanswered: how far will this trend go? Will a sequel come out? Will this trend fade away or become a must-have asset for game studios and publishers?