From an indie developer to a full-cycle studio with the publisher. Part 2. Mafia Sniper 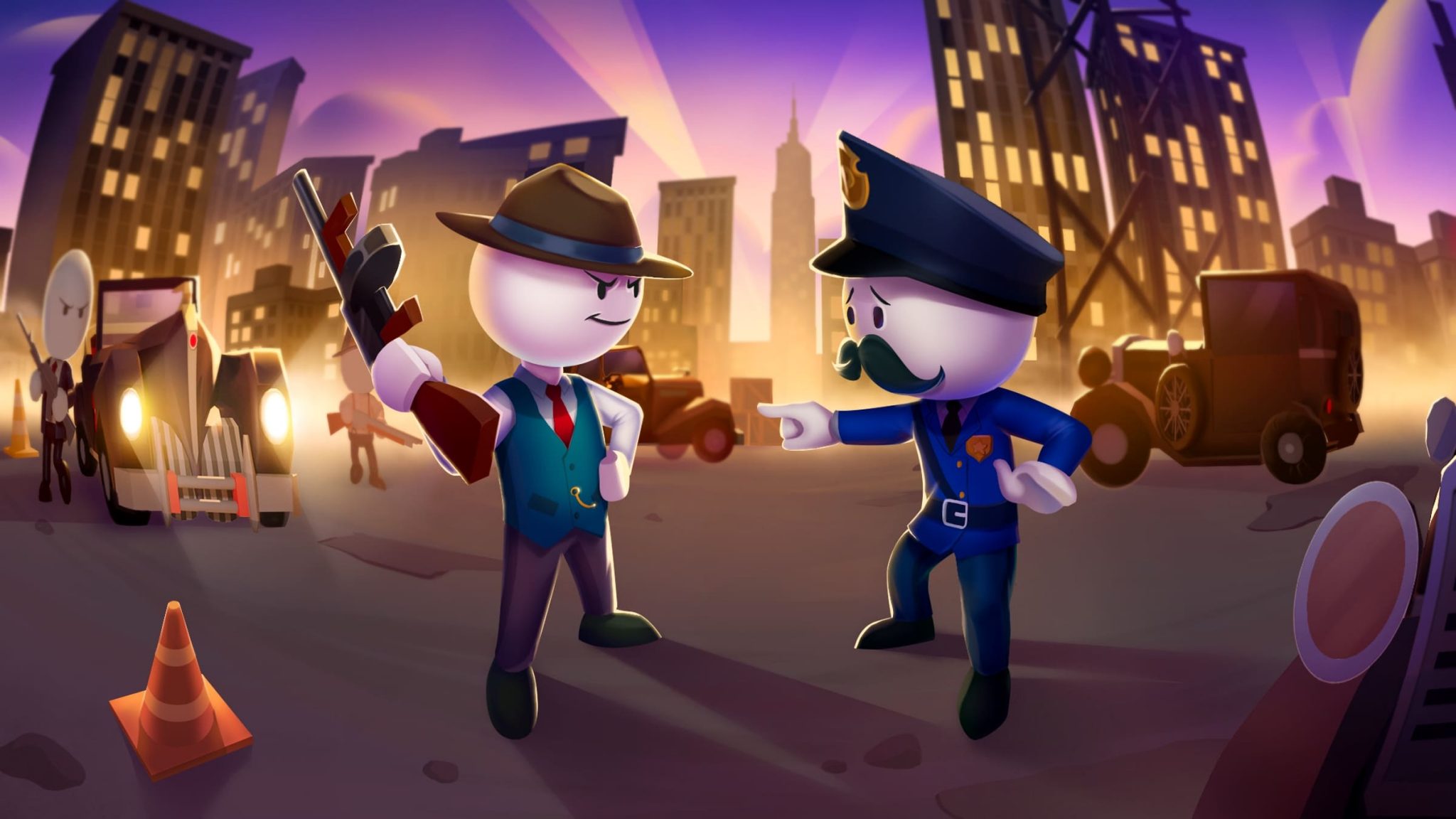 After we released the rather successful Western Sniper with Bazinga, and it immensely boosted the studio’s growth in terms of internal expertise and resources, we decided to move on and make a game in the same genre, with all the experience gained in mind. Dmitrii Zusman has shared an article on Azur Games’ blog about working together on the hyper-casual Mafia Sniper project.

Mafia Sniper became our new project — just like its predecessor, it belonged to a unique niche, but had a more modern setting that allowed us to be as ambitious as we wanted to be.

The main difference was that we decided to make most of the graphics from the assets we produced ourselves. In many ways, this was required by an unusual setting. This isn’t an ordinary type of deal for hyper-casual games, where many use prefabricated assets to increase the speed of development. As a result, this leads to the players simply getting tired of seeing the same models in every hyper-casual game.

Side note: From an indie developer to a full-cycle studio with the publisher. Part 1. Western Sniper

The development studio didn’t have its own 3D artists (it will happen later on), so internal artists at Azur Games were assigned to help with the assets. They’ve made cars for Taxi Run before and it’s paid off handsomely. For one, we transferred assets from Taxi Run to other projects that also earned money. We decided that it makes sense to make our own asset library, and now Azur Games has a huge one with various characters and vehicles that will suit not only the Mafia Sniper 50s setting, but also games set in the modern world.

We also involved our internal animation experts and helped figure out the lighting. Our artists have put together 2D sketches of what lighting should look like, the specialists in 3D brought them to life in Unity and passed the preview scene along with some tips to the developers.

As a result, we got a unique sniper game about the mafia, and the development studio got first-hand experience of how beneficial it is to have staff 3D artists, among other things.

The downside is looming large — the hyper-casual game development process itself doesn’t take long, but now you have to wait for the objects to be modeled, animated and drawn. However, the strategy worked out.

After Western Sniper was released, we found ourselves with a lot of features and hypotheses on our hands that we wanted to try out. Remaking the first game didn’t seem like a logical solution — the game already had its audience and we were actively acquiring new users, so any sudden changes could lead to unexpected results. That’s why we made a list of all new features we wanted to release and planned out where and when they’re going to be integrated into the project when Mafia Sniper was in its prototype stage.

We implemented them gradually, from update to update, into the spots we prepared upfront. As a result, we see that almost any theory we came up with in advance is now introduced gradually, has a good effect on the metrics, and is subsequently rolled out to the entire audience.

In Western Sniper, the meta was simpler and more classic — skins, weapons, damage and ammo levels, while in Mafia Sniper everything is much more complicated. For instance, it has contracts where the player needs to play through several levels in a row without dying. During this time, the player occasionally ends up in a room where they can choose from one of three perks, like shock bullets that hit the opponents with electricity, explosives that deal AoE damage, the life steal perk that restores some health per kill, and other abilities.

Plus, perks can be combined — take an explosive shot and a buckshot. The effect will be similar to a bazooka.

Perks are reset at the end of the contract after defeating the boss. This adds variety to the gameplay and even adds replay value for better retention. You can start the game again and choose new perks with different effects.

Another big new block is character upgrades. In total, there are six characters in the game, and each has its own upgrade branch for tokens. As the level increases, the character gets new abilities, and at the highest level you can permanently get things like the explosive bullets perk. At intermediate levels, armor, health, temporary perks, and so on are added.

In addition, the character’s look also changes over time — players get the basic option right away, the second one unlocks at medium levels, and the third one appears when they reach the top level.

Upgrades can be purchased using a new in-game currency, so this also improves monetization.

We also added new characters with animated faces. This part is very important because the player looks at them through the scope most of the time, and we thought it would be cool to make them do things like blink or get angry when they’re shot at.

We added even more different animations for atmosphere, like an idle animation to allow players to create little scenes in the level. While Western Sniper was just a set of beautiful, varied levels, with Mafia we wanted to add micro-plots to each level and link some of them into a single story.

Mobsters rob shops and trains, take mistresses to restaurants and blow up bridges. For several levels, we watch it being prepared, and then prevent a terrorist attack on the city square on Christmas night. We shut down an underground casino and stop the bribe from reaching corrupt cops. We’re at war with bootleggers around Las Vegas. Many levels refer to scenes from gangster films.

Then we taught the enemies to hide behind cover, to carry boxes. The boxes also may contain explosives and be carried by a civilian. The player may be tempted to shoot the box or, conversely, avoid casualties. In general, the idea was to have something to occupy the stage before the action starts. We added “conversations” between the characters, they can stand, wave their arms, do various little things. Plus, we added cars, police reinforcement vehicles that come to the shootout.

These are little things, but we had to make a whole animation pack for them. All this will be beneficial for content and marketing in the future and let them come up with more interesting ad creatives.

A separate new feature of the project compared to the previous one is the weapon spec detalization. In Western Sniper, the weapons only change appearance, while in Mafia Sniper each rifle has its own stats. If we’re talking about the standard ones, it’s the rate of fire, damage, or clip size, but there are certain parameters that directly affect the gameplay. It’s the weight and handling of weapons — heavy and slow ones, fast rapid-fire ones, and a whole range of medium-weight guns that allow each player to choose their play style.

A turning point in the studio partnership

It happened right away when we tested the core gameplay and saw the potential. The CPI was slightly higher than the previous part — about 40 cents in the US (Western Sniper had 30 cents), but still decent. Day 1 retention was about the same as in Western Sniper — 35+%.

This allowed us to send the project for traffic acquisition and get a constant influx. Project development started a year ago, at first it was at the break-even point, but now it’s earning.

Most importantly, we saw how the studio has leveled up, the quality and results they’re able to achieve, so we suggested moving on from the pay-per-prototype model to a model where the publisher fully covers the studio’s burn. We have already talked about this in a separate article — this approach allows the developer to go out of the survival mode and focus on releasing hit games that will increase their income many times over.

There are about 40 levels in the game — two times less than in Western Sniper. We plan to bring that number up to 100.

We’ll work on the level funnel, because now the win rate is too high, around 90%. We want to lower it a little so that players pay more attention to the meta.

Our asset library will keep growing, we plan to pay special attention to weapons in particular.

When it comes to the things that can be added into the game, we have endless ideas. For instance, there is an idea in our backlog to make a base for the player, where furniture, weapon racks, etc. will gradually appear. We also want to make daily quests with different mechanics like defending against waves of opponents and add stylized events like Halloween.

Simultaneously, the development of the next sniper game about tanks is underway. Similar mechanics, but different tanks, different ballistics. Luckily, the studio now has its own part-time 3D artists, so it’s possible for the assets and environment to be unique without the large-scale intervention from Azur Games.

While we worked on the previous part — Western Sniper — our studio has grown from 2 to 6 people. While we were working on Mafia Sniper, we grew even more. We mainly expanded the level design and dev teams by hiring new employees. We also moved from the pay-per-prototype model to the publisher covering all studio expenses. Now we are actively working together on a new project.

The next project’s key difference from Western Sniper and Mafia Sniper is a very destructible environment. But more on this next time.