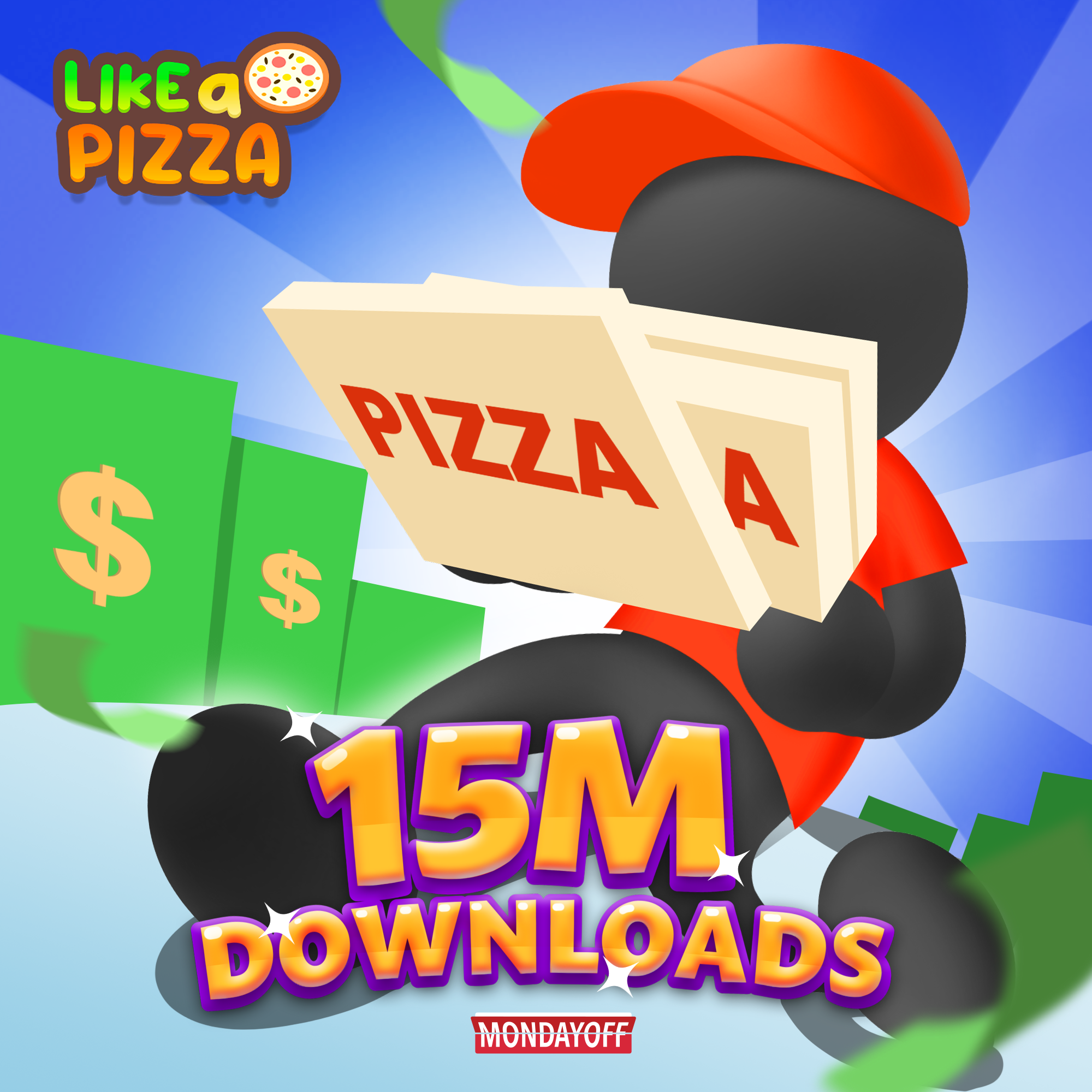 It has been only two months since MondayOFF published the idle arcade game «Like a pizza». Since then, the game has been downloaded over 15 million times on the Google Play Store, becoming a smashing hit and another incredible achievement for MondayOFF.

The combined efforts of experts in development, design, and advertising were the main factors that played into the game’s success and made it all possible.

The main reason for «Like a Pizza’s» massive number of downloads in such a small amount of time can be pinpointed to the high completeness of the game and its various contents, offering new and returning players plenty to do.

The game’s concept is very simple and straightforward. The player becomes the owner of a small pizza store. With the goal of expansion, you move around your shop, serving and delivering pizzas. With the profits, you expand your store and can later open new branches. Simple joystick controls create a smooth and easily-understood gaming experience for the players.

Whenever the player opens a shop at a new location, they unlock unique functions and options previously unavailable. This stimulates the users’ desire to challenge themselves and explore by acquiring various objects and enhances the completeness of the game by reflecting on many situations that may occur when running a pizza store. Of course, to make all this possible, the players must find and unlock various options, such as hiring extra staff or delivery men.

Have you played “Like a Pizza”? Become a pizza shop owner and turn it into the most famous franchise in the world!