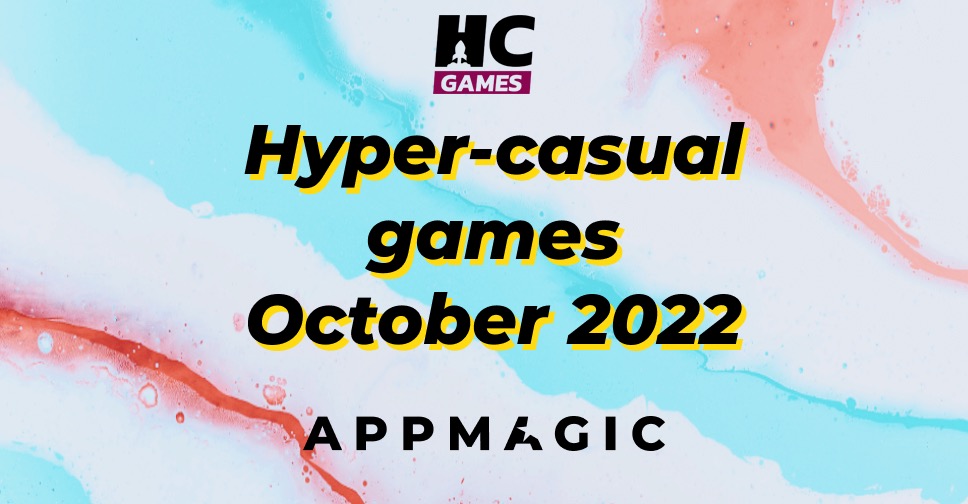 HC.Games, in conjunction with AppMagic, presents the Hyper-Casual Games Market Review for September 2022. This time, the total number of installations of games from the top 10 exceeded the 1 billion mark.

It opens the top and takes first place from the studio WONDER GROUP. The game aims to protect a cute dog from a swarm of bees. Gamer himself draws obstacles for the multitude so that it does not get to the dog. Each level is unique and will force the gamer to show ingenuity and creativity.

Save the puppy: Pet dog rescue

In October, rescuing dogs is especially on trend, so the second line of the chart is a similar game. The goal of Save the puppy is to save the dog by drawing. With the help of drawings, the gamer draws lines to help the dog save itself from opponents.

Doge Rescue: Draw To Save

Rescue the dog again and again from the bees. Secretly, this is not the last drawing game on this chart. The hyper-casual genre has many modified counterparts that will resonate with every user. In this puzzle game, the gamer uses his talent for drawing to save a dog that the bees from the hive are tearing at by any means necessary. The player’s task is to prevent this from happening.

Snake Lite still holds the fourth place in the chart, having increased the number of downloads by more than 1 million in a month. This is a fun and addictive game from the «io» genre, where the gamer controls a snake and collects «nutritional» power-ups to grow. The game provides an arena in which only one snake will remain. Download and test your strength; maybe you are the lord of snakes!

Don’t be alarmed; no bees! Although the game has a wide variety of levels, maybe bees will still meet. DOP 4 is a puzzle where the gamer draws the missing parts of the picture. The more creative the drawing, the more points the player gets.

In the past month, a racing game from the SayGames studio has risen from ninth to sixth place in the top. The game will test gamers’ endurance and reaction to various obstacles and unexpected levels. Do not let your opponents’ cars close. Otherwise, you will get off the track and have to start again.

The game from Supersonic was ranked number one last month, but it has dropped to seven. The competition aims to compete with opponents, collecting blocks of matching colours and building a bridge. Whoever gets to the finish line first takes the prize.

Last month’s leaders went down. Stick Hero was in second place, but it is in eighth place today. The game combines action, strategy and combat puzzles, testing the gamer’s intelligence and pumping up critical thinking. You, too, and Rocket Game’s 10 million users will surely appreciate it.

During the month, the game dropped four positions and ranked ninth in the top. The competition aims to sculpt snowballs and overcome obstacles faster than other users. Summer has already passed, and winter has not yet come. Snow Race is a great way to prepare for winter and remember how to handle snow.

Tall man Run, the game from Supersonic Studios, is back in the top spot. But this time, not in sixth place, but in tenth. It’s a runner in which the gamer’s goal is to lead the tallest and fattest character to the finish line, overcoming interesting and unusual obstacles.