Headwinds in hyper-casual. How to win in the current market? 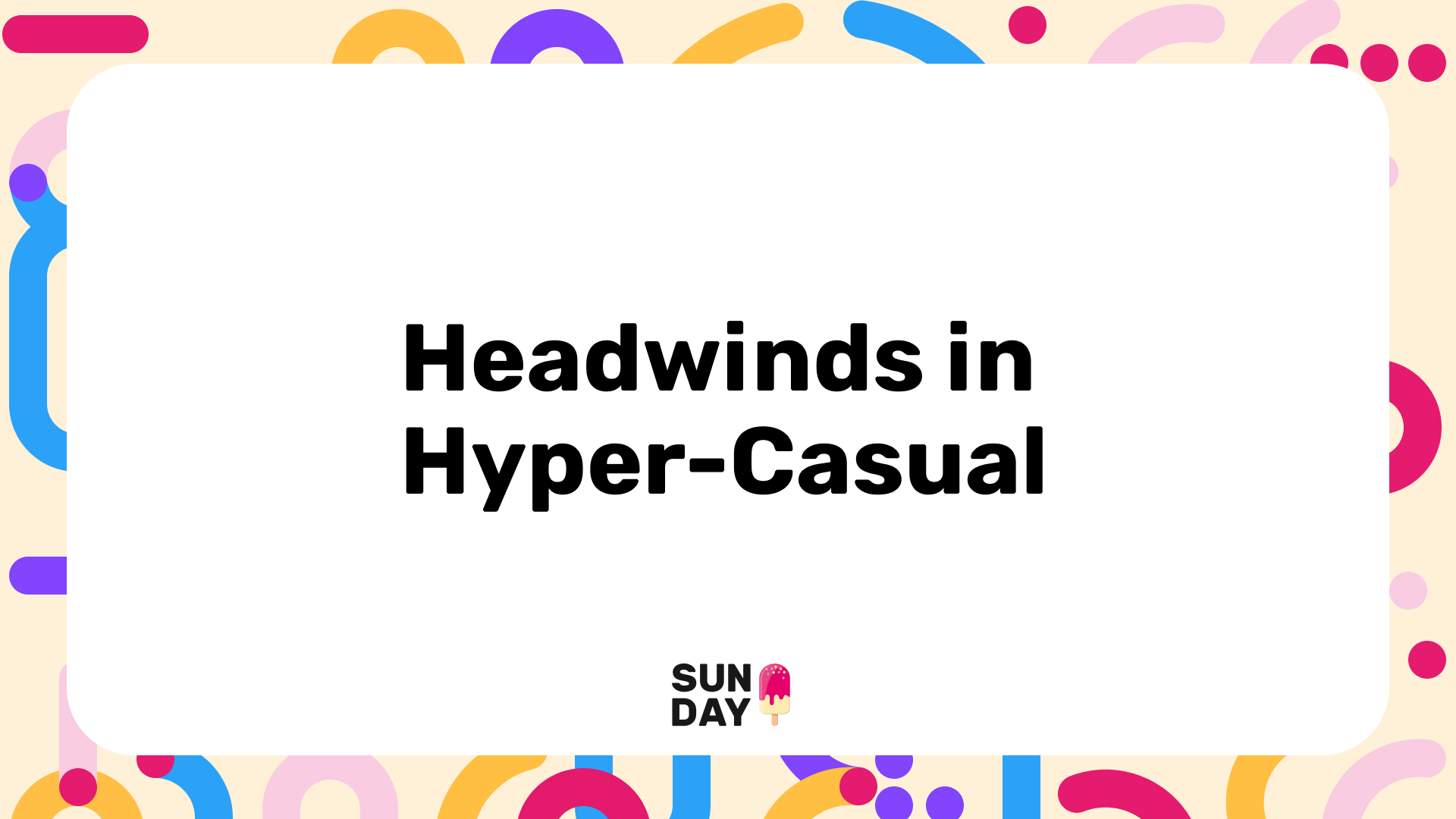 Do you want to find out what approaches may help to compete in the modern hyper-casual market? Christoph Sachsenhausen, managing director at Sunday, shared his excellent report in his lecture.

No matter whom you talk to in the industry – studios, publishing managers – everyone is complaining that “it is not like it was one year ago”. But you never really know if this is actually the truth.

The number of new hits in Q1 2022 dropped by 36%, total downloads for new hits dropped by 57%, and the average downloads per new hit dropped by 33%. While the older ones that have been out there for 6 months, one, two, or three years, are going strong. There was a sentiment that many companies live because of their older cash cows and have trouble coming up with something new.

Why is it happening?

When you run a hyper-casual game on a large scale, you run it primarily on ad and SDK networks. Most of the traffic comes from there, and only a little is coming from social media, and in these SDK networks, you see that more than 80% of the downloads come from other hyper-casual games. Of course, new users are coming in through social media, Instagram and Facebook ads, and recently a lot of TikTok’s been going on, but there’s a problem.

Last year there was the ATT rollout (app transparency tracking). All of you who develop games on iOS love this dialogue that pops up at the beginning of the game. What Apple did there was killing Facebook (Meta’s) traffic and UA capabilities on iOS because, from that moment on, Facebook could not identify to which users they were showing ads.

You can see this in Facebook’s revenue: how their stock dropped, the new strategies that are coming up about the Meta worth, which is entirely unrelated to anything that they’re actually doing, just having some 10-year vision while their business is going down. What happened is that even this had an impact on the Android CPM slow. The CPMs on Android got up. Advertisers are shifting their budget to Android because they cannot run effectively on iOS anymore.

When TikTok became popular initially, especially during the early COVID-19 months, running ads on TikTok was still very cheap because CPMs were low. Almost every brand was doing TikTok advertising – it’s nothing new anymore; it’s just a part of your stable social media strategy, so competition is much higher, and probably CPMs are higher as well.

How do you monetize your game?

Let’s say you have Google Ads integrated into your game, and what you will often see is Google Ads are ads for lifestyle products (an ad for a streaming service, a food delivery app or an e-commerce company). And that’s good traffic that we want to have in our game because you can play a game, and then you get the ad for a delivery service, order some food, and then return to playing the game — a very effective way of monetization.

From the Sensor Tower quarter yearly report, for the first time in the history of the mobile market, the total revenue has shrunk by 6% quarter over quarter. It goes along with the climate of the stock market and some effects of COVID-19.

When you purchase with your visa card or pay something with PayPal to a business, you have a 1 to 2% transaction fee. The same here. When you move one user through the ad to another app or game, a transaction fee is also being charged to you, and you don’t see – that’s the most important part. There’s an invisible transaction fee, which can be like 30 to 50%; there’s some huge inefficiency when converting a user through an ad to a different app or game. Where is this money going? It’s going to the ad networks.

When you look at Applovin, their EBITDA shows not their revenue but their earnings. Their profit went up by 60% in 2021, to 220 million, and ironSource even more, by 87%, to almost 200 million.

Side note: new rules on Google Play. Unexpected ads will be banned in apps.

What does it take to win?

Everyone needs to focus on long-term cash cows in the following years. There are 3 aspects that you need to crack to get a cash cow:

There’s no one-size-fits-all solution, everybody needs to come up with their own stuff that works for them, but these are the key factors that I think are important. First of all, you need to take care of the best practices: how you make your art style, how you design your first level, what is a reasonable churn rate, and how do you get good marketability in the ad. There are hundreds and hundreds of successful implementations of mechanics that work in other games, and what often doesn’t work when you come up with a game.

When the monetization is not optimized yet, we already put in ads to get a rough understanding of how many ad impressions this game can generate. Then we assume later a better CPM or more realistic CPM and try to get an understanding of how high the LTV can be with this without actually getting the real LTV. And then we look at level 10 progression: internal metrics like 80% are excellent, and level churn between 3 and 5% is pretty good. You should take a look at your levels and try to fix them.

In this time of increasing privacy policies by Apple and Google, you need to eliminate your jungle of tools. Everyone has an attribution provider, and an analytics tool like AppsFlyer. Then you have your monetization as all somehow clunky collected and connected by data imports going from left or right. The problem is that the data is not shared between these tools at a user level, and there are many data inconsistencies. Everyone needs to automate the whole publishing and UA monetization process; you need to work on your own in-house tools.

The last and the most important part has your own ad demand. What does that mean?

This is the Gross Revenue you generate with your game, your LTV or whatever on a per-user basis. You have your UA spend – this is your CPI or everything you spend on marketing. When you subtract your UA pay from your Gross Revenue, you get the net revenue that you’re earning.

When you have your own ad demand, you’re not relying on this anymore, and that means you have a much higher, say 30% higher, gross revenue. This allows you to spend more on UA by keeping your margin at 30%.

Many big publishers like Lion Studios (Applovin) and Super Sonic (Iron Source) have them already. All the companies that won’t have this in the future will have a hard time. Everyone is building their own walled garden, and that’s the only way you can earn money in the future. We have it and our sister company, Adjoe, so there is a direct ad demand that we connect to our games. 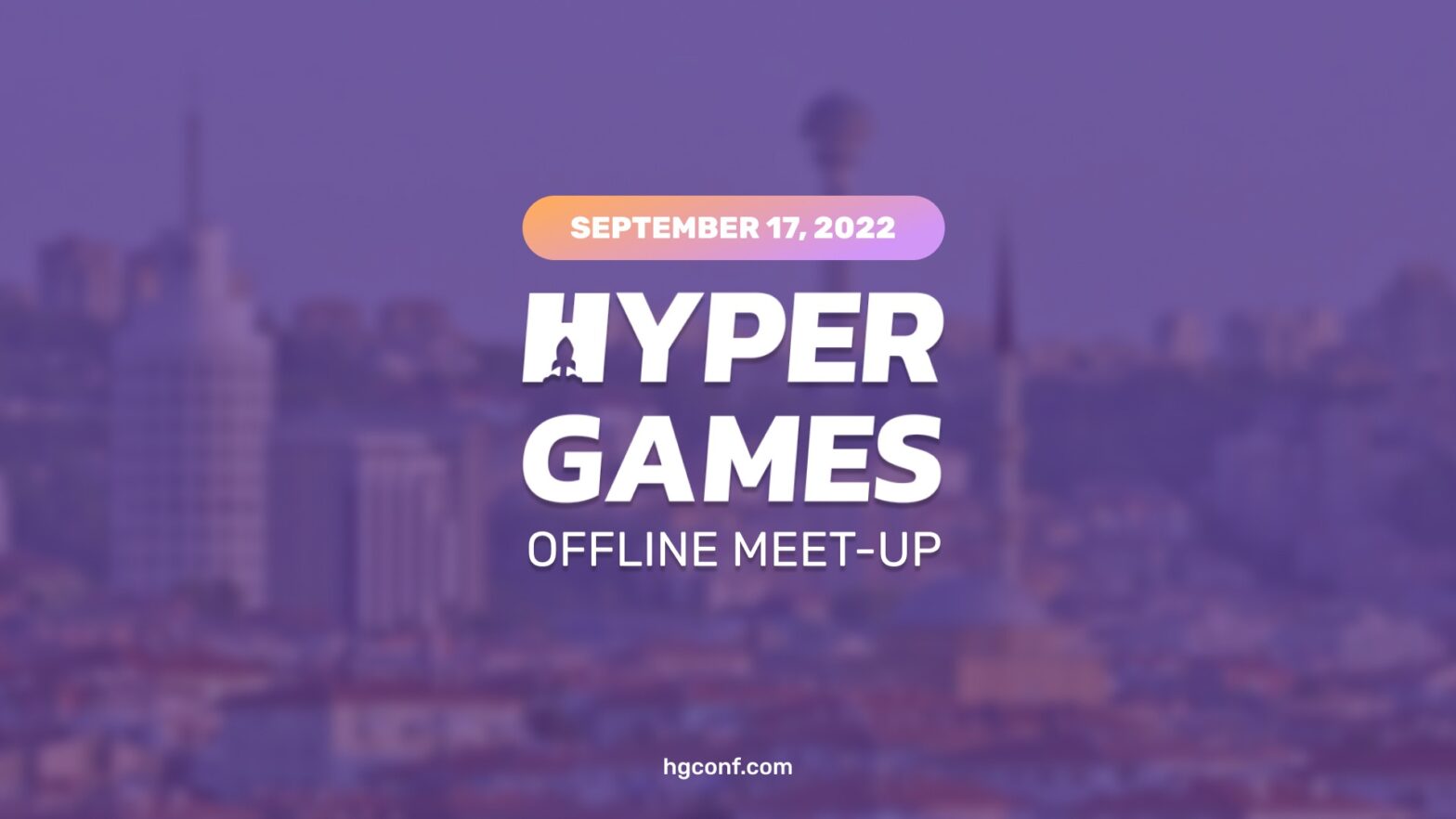