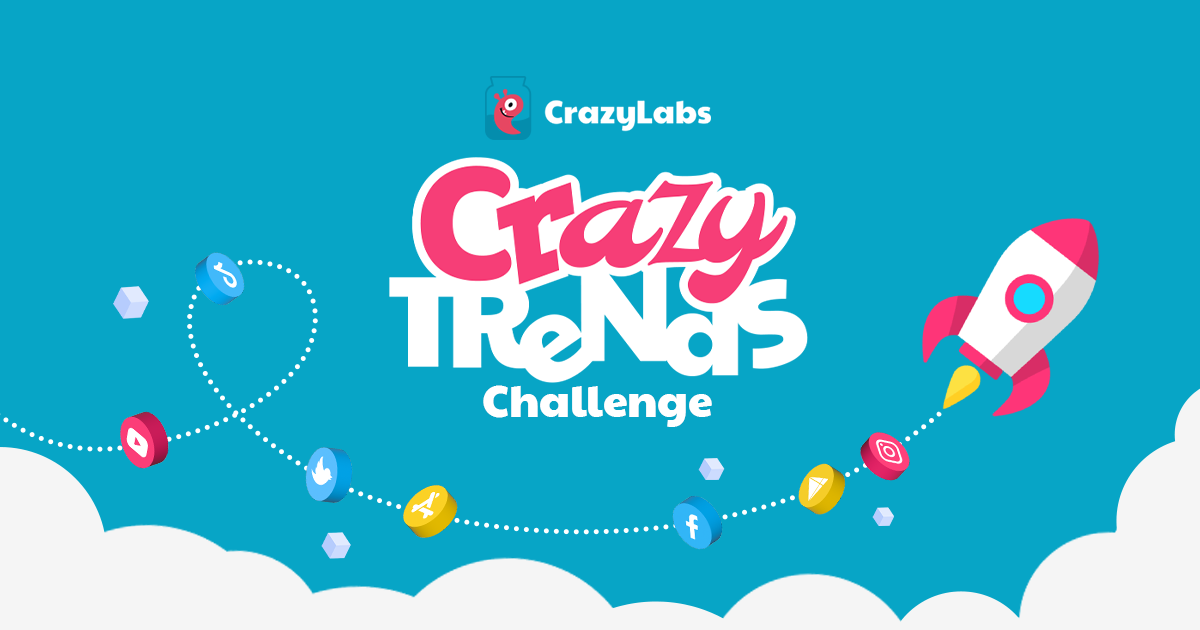 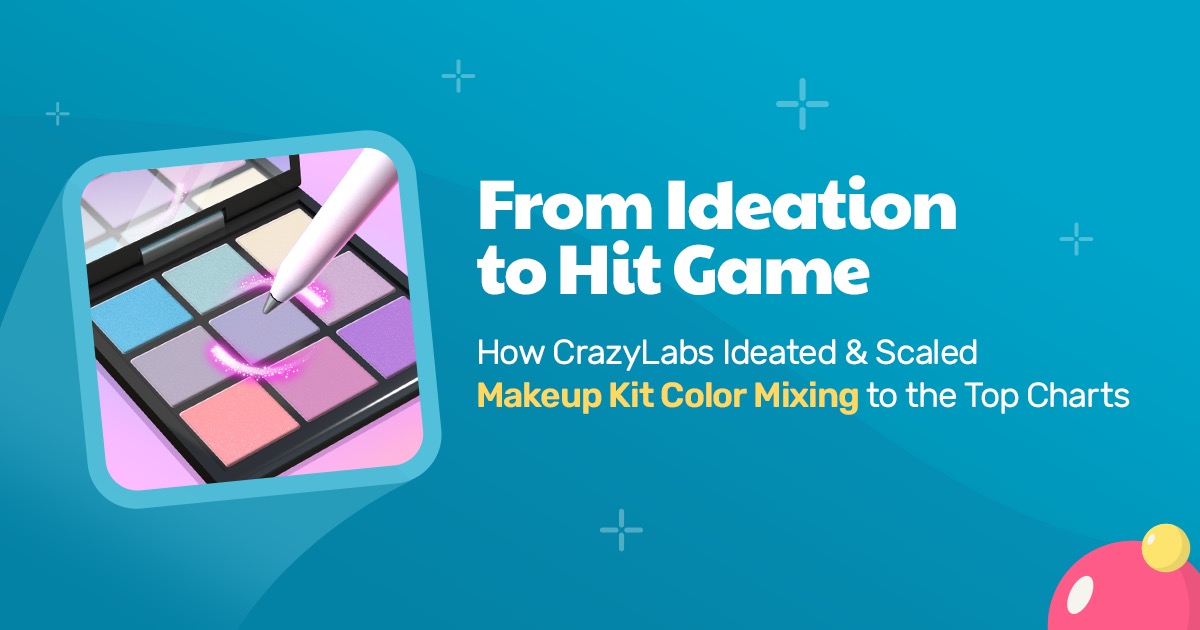 Makeup Kit Color Mixing is the second hit game that solo-game developer Alex Petrus, CEO of Fontes Sp. z o.o., published with CrazyLabs. What makes this game stand out is that the game idea came from CrazyLabs’ Creative Ideation Team. This superstar team helps you generate (and even provide you with) proven successful game ideas based on our internal research.

Side note: How You Can Benefit From Working With a Leading Publisher.

How Was The Game Idea Born?

Makeup Kit Color Mixing is a simulation game with a color mixing mechanic, where players select the gradient colors (based on illustrations), and then blend the palates to create eyeshadow palettes.

The game idea came from CrazyLabs’ Creative Ideation Team, driven by meticulous internal research and unparalleled creativity. Additionally, our Market Research team noticed that color themes were trending and were gaining significant traction at the time, so we knew we were in the right place.

The inspiration for the game was this TikTok video where people create eyeshadow palettes based on Disney or cartoon characters and other trending image illustrations.

The Creative Ideation Team noticed this challenge early on and conducted a CPI test that showed promising results of $0.17. Then the idea was given to Alex to continue building out. We worked very closely to perfect the game foundations. We guided him on what the game should look like, the game’s core and first build, and how to create and maintain an element of fun within the game. Alex is an incredible partner and created the first build within 20 days! 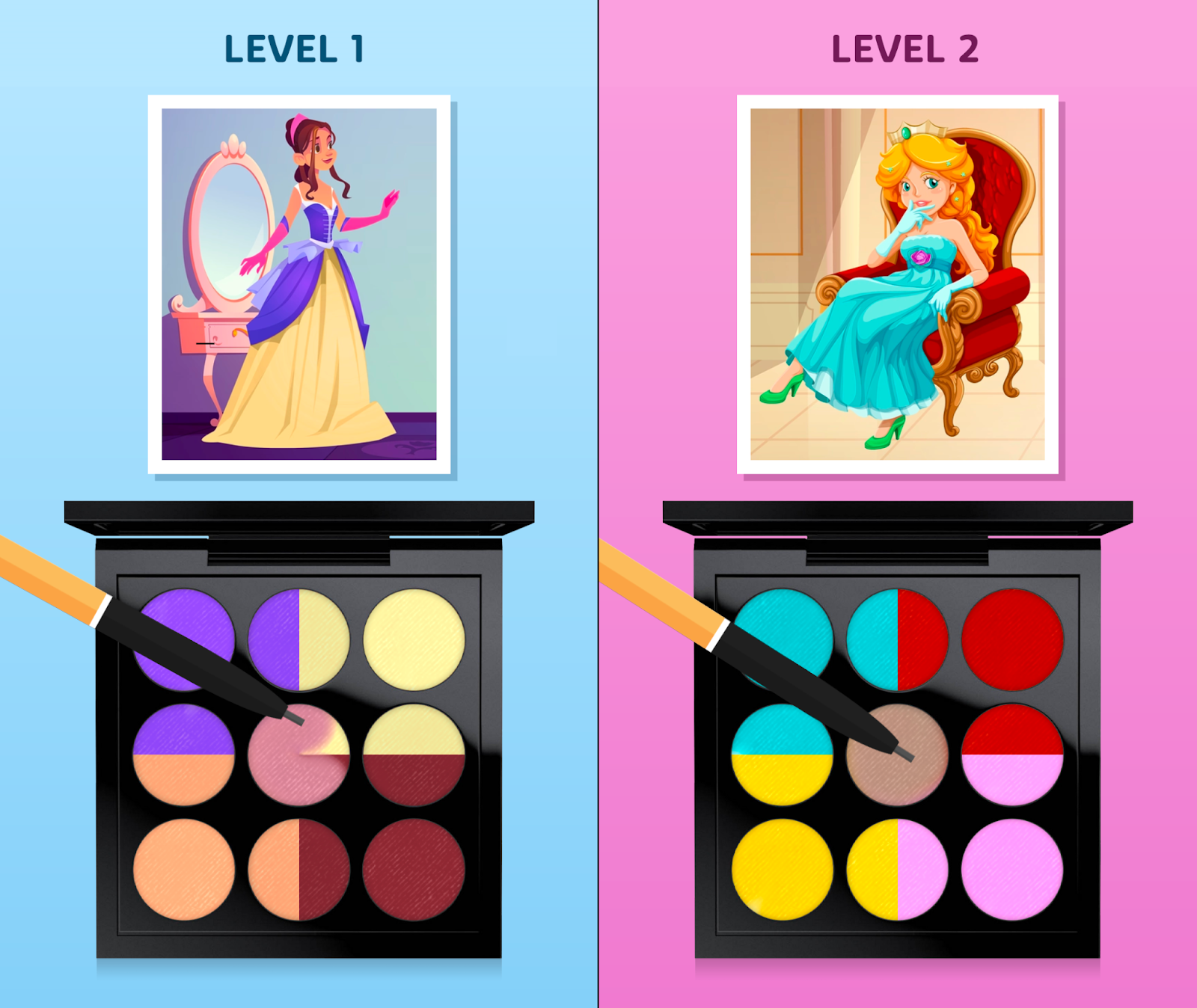 The driving force behind Makeup Kit’s stunning success was CrazyLabs’ initial strong trend-based idea, and I’m very thankful for Crazylabs giving me this idea. Their creative team discovered this makeup trend, and we worked very fast to stay first. CrazyLabs’ provided me with very close support and close cooperation from different teams -first the publishing team, then the product and design team, marketing team, analytics, and QA — and all of these teams worked fast and efficiently to make this hit game.

Create your next hit game with CrazyLabs