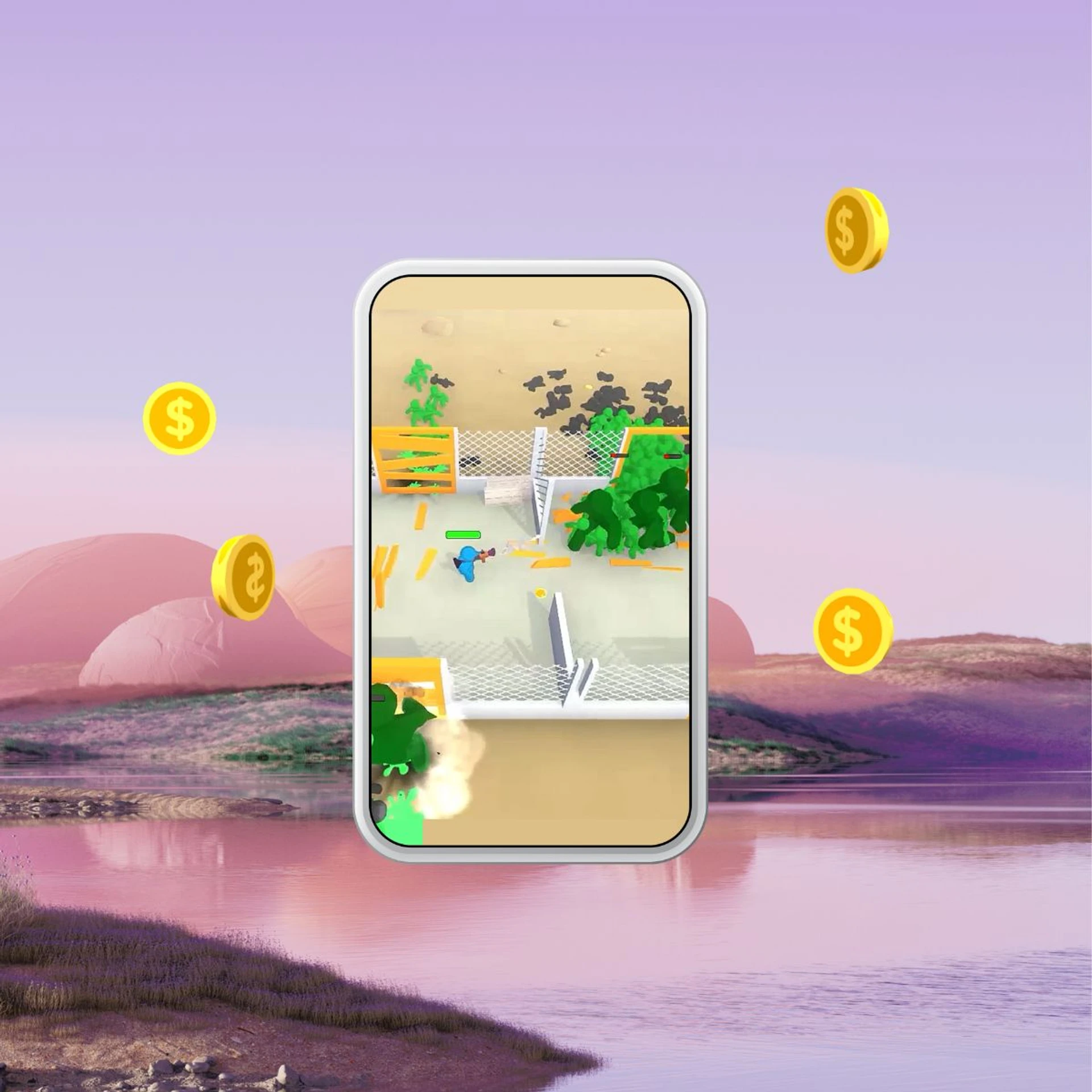 Homa talks about how to increase engagement and revenue for a game in the hyper-casual genre. Learn from this case study how Yorf turned the game into a hybrid-casual hit. Then learn about the strategies and techniques used to retain players and monetize them and how to apply those lessons to your own game.

HYBRID-CASUAL STRATEGY FROM DAY ONE

Homa came to Yorf with a shooter idea based on Call of Duty: World at War — Zombies. Zombie Defense initially decided to have a hybrid strategy, with more revenue generated through in-app purchases and less reliance on advertisements.

There was no question that the CPI would be an issue. If the game remained a shooter, the audience would be highly masculine & the marketability would be more difficult.

To resolve these challenges, we had to adopt an IAP-oriented economy. Moreover, it would help user acquisition (UA) bring more qualitative users rather than classic hyper-casual players, resulting in a solid uplift in lifetime value (confirmed by the 2$ LTV on D7).

This case study will examine how Zombie Defense evolved from a hyper-casual game into a hybrid-casual IAP-driven title.

Side note: Secrets to break into the Hybrid-casual genre.

STEPS TO TAKE WHEN TURNING HYPER-CASUAL INTO A HYBRID-CASUAL

From a hyper-casual game to a hybrid-casual, the goal is always to build challenging levels and engage with your audience in a new way. Doing this can take gameplay and design in an entirely new direction, including adding more in-depth mechanics, improving the story, or creating more challenging levels.

In addition to designing the game itself, remember that global LTV counts for success in hybrid-casual games. That means looking at metrics like playtime length, whale potential, and retention on days 30 and after. Furthermore, cluster the audience and adapt the economy or levels for each — this is how you’ll maximize your title’s opportunities for IAP unlocks.

Zombie Defense demonstrates how a hyper-casual game can become a successful hybrid-casual game by addressing its marketability challenges since ideation.

Despite high CPI rates, we continued working on metrics like RRD1, which hit 40%; D30, which scored 2%; or playtime of 1500 seconds (25 minutes), which doubled from launch. Plus — our teams continue to work on these goals post-launch to deliver the best content for each cluster of players.

To see other examples of hybrid-casual game development, check out this episode of Homa Academy. If you want to turn any ideas into commercial hybrid-casual hits, feel free to submit them to Homa Lab.

You can also download and look at Zombie Defense, available on IOS and Android.