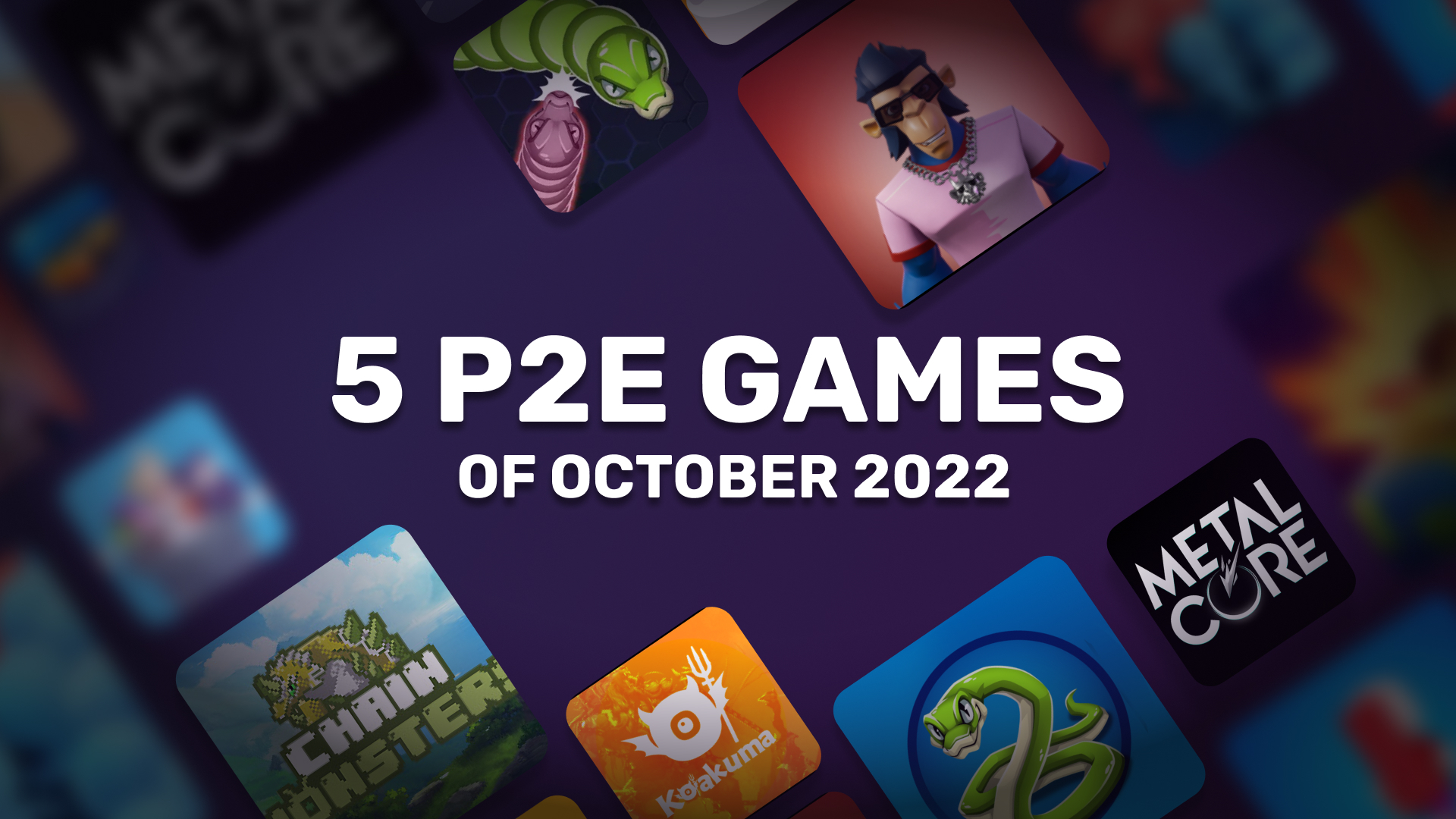 As we enter October 2022, some blockchain gaming projects are moving forward with their roadmap plans, while some have ongoing events. Here are 5 play-to-earn games with something going on in the new month.

Chainmonsters is a massive multiplayer online RPG where you catch, battle, trade, explore, and combine different monsters and abilities to create your own style of play. No game subscription is required. Explore the vast lands of Ancora together with your friends. The demo is set to launch on October 4.

MonkeyLeague is a strategy-based web3 esports game that’s easy to learn yet hard to master. Build a team, compete against real players, climb the Leagues, and earn MonkeyBucks $MBS. The NFT Breeding feature will be launched on October 26.

MetalCore is a futuristic, free-to-play, first-person/third-person multiplayer vehicular shooter powered by towering mechs, armored tanks, and high-flying jets fighting for dominance in large-scale battles. Play includes cooperative PvE as well as online PvP 50v50 mega-battles. In between battles you can roam freely as a lone wolf or cooperatively with others in an expanding sandbox map. The game opens Alpha and sets the launch this October.

Koakuma is a play-to-earn MMO-ARPG with immersive combat mechanics set in a graphics-intensive metaverse built on the Polygon, releasing on PC and mobile. Discover and explore the breathtaking medieval fantasy continent of Laria.

Koakuma has announced that the CBT2 tournament, the second closed beta test, is set to start in October.

Snook is a unique NFT Game. It’s like Snake, much like Bruce Banner is like the Hulk. A kill-or-be-killed adrenaline-charged multiplayer game that is pioneering NFT game characters. That means players’ performance directly affects the NFT face value – or if you play an awesome game, you’ll make a killing.

The first season of the Ladder Mode for the skill-based title starts in October and features a prize pool of more than 100k $SNK.

Side note: Polish BoomBit focuses on Play And Earn projects.